This year’s Refashioners Challenge put out there by sewist and blogger, Portia Lawrie of the UK, is to take a popular designer or fashion icon out there and mimic his/her masterpiece with an old, tired, thrifted piece.

Really this project came at the right time because I’ve been planning on making a winter coat for myself for 10 months now. I have quite the pinterest board on coats and patterns. I knew I wanted a 1960s style coat. Jackie Kennedy’s style has appealed to me for awhile and her famous/ infamous Oleg Cassini leopard coat was probably the most amazing thing she ever wore:

I say “famous” because when she wore it she stunned everyone everywhere. I say “infamous” because it was so crazy popular that everyone wanted one and the leopard population nearly became extinct. Oleg Cassini was quoted as saying he regretted making it. I think he underestimated how much of a fashion icon Jackie Kennedy was.

When I walked into my local “Sally Ann’s Boutique” (aka Salvation Army) I saw this fleece bathrobe. BINGO!!

Yeah. Hmm. I know. My husband just laughed at me when I put it on. This was a definite rescue operation.

So my first step was to “unpick” it apart. (BTW – why do sewist say “unpick”? I don’t get it. Aren’t we “picking” it? We’re picking apart the seams, right? Un-pick would mean to undo picking which would mean to put it together. Where do we get “unpick”? Anyway… that’s what I was thinking about while I did this tedious task. 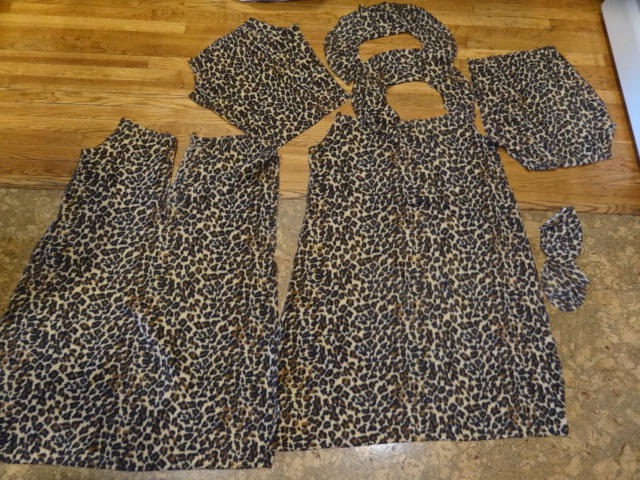 I decided on The Ellsworth Coat pattern by Christine Haynes. 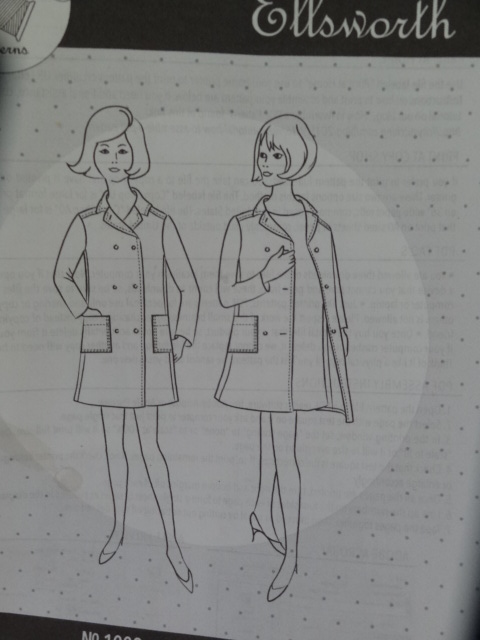 It required a lining fabric and while fleece is warm I knew I wanted a REALLY warm coat to get through the weeks of below zero (fahrenheit) Ithaca, NY weather. I pulled out a thick black soft fleece from my stash (really it was from a failed attempt to make a coat back in March). 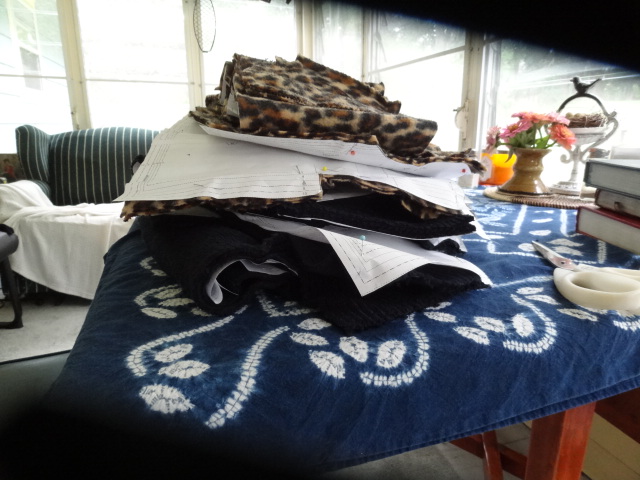 Look at that pile of pattern pieces! I was going to make a few adjustments on the pattern because the fabric from the robe wasn’t going to be quite enough.

I decided on using the lining fabric for the yoke and collar. Also, I chose to eliminate the pockets on the front. Jackie’s coat had side pockets and I would rather have them too so I planned to insert the pockets from the robe right into my coat.

Here’s the coat in process:

Jackie’s coat had 3/4 sleeves so I saved precious leopard print by adding my lining fabric at the bottom, giving the sleeves a 3/4 look but giving me the full length I wanted.

Now it was going to need awesome buttons so I searched my stash, Joann’s, and ebay and settled on these black paisleys. 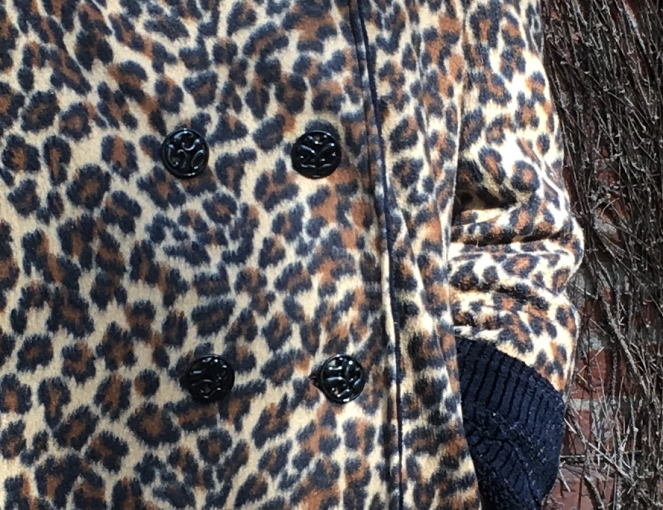 So here’s the finished project:

No leopards harmed in the making!!

3 thoughts on “Refashioners Challenge 2018 – Inspired By”

We are a mother/ daughter duo whose personal goals in life are to make our nests places of refuge for our families. Our hope is that you will find inspiration for your own nest as we attempt to share our love of the art of homemaking.

Sew Over It Heather Dress